Well... The NYWC Nashville is officially underway. It is nice to be at the conference this time around as a participant and not an exhibitor. I've felt very lazy today, just loafing around Nashville, connecting with old and new friends, and being generally lazy.

This morning Jenn and I wandered down to the convention center after a great breakfast at our hotel. We discovered that we were much to early to officially check in, so we found the LiveWorship booth, and then just went wandering aimlessly down broad street to second street.

There are a scad of great looking restaurants and bars down that way that we would love to pop into for lunch, dinner, or just because while we're here in town. We picked a local place that Jenn's been wanting to visit and had lunch there. It was pretty good. We packed up the left overs and Jenn found someone on the street to give them to on her way back to the convention center. She has a big heart for the homeless, and really wants to find other ways to make connections and do some local outreach while we are here. I admire her compassion, and although I don't see the opportunities as often as she does I'm going to help her do her thing as much as I can while we're here.

The rest of the day Jenn has been in the HERStory pre-conference, and I've been wandering around the area, drinking coffee, reading, writing in my moleskine, and meeting up with old and new friends.

I helped the LiveWorship crew setup the booth while Jenn was in HERStory. We grabbed some dinner at Panera and then some coffee at Starbuck's and now Jenn is back in HERStory and I'm chillin down at the YS Store waiting for the RVCC contingent to arrive.

Tonight we're going to take the exhibit hall by storm, and then catch the late night concert action.

slow lazy day today for me. I'm sure tomorrow will be much more exciting.

For tonight, roogles out.
Posted by Roogles at 7:38 PM 2 comments:

Day three of the NYWC - Pittsburgh is winding down now... I'm too tired to put down comprehensive thoughts about the whole day so here's the summary...

Francis Chan's general session was simply amazing. I was so challenged and humbled by his talk that I'm still trying to cope with it.

The exhibit hall was busier today than yesterday, but still not what I would consider swamped.

I did manage to have some really good conversations about LiveWorship with some folks, and also got myself into several other conversations that had nothing to do with Youth ministry.

I met Matthew McNutt and William Hartz both in person today, where-as I had not previously known them outside of blogs and twitter.

Alan and I had lunch at Primanti Brothers and dinner at The Lemon Grass Cafe'.

I missed most of the session tonight with Phyllis Tickle, but by all accounts she nailed it.

Here are an assortment of random photos from today...

The booth (with slightly better lighting) 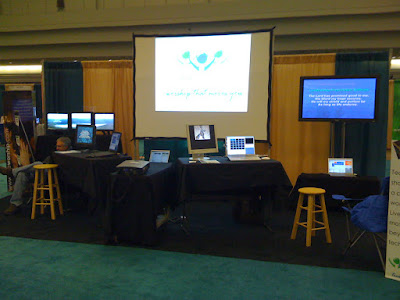 Lunch from Primanti Brothers... Yes, the sandwich has fries and slaw on it. 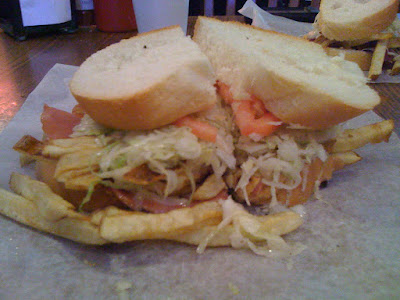 The sign for a Korean restaurant and sushi bar.. (See next photo) 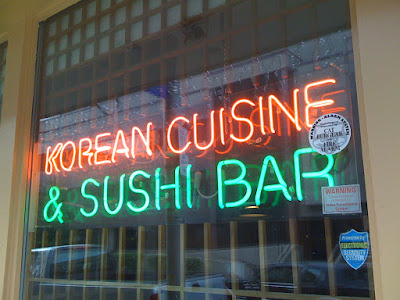 A close up of the "Warning" sticker in the window of the sushi bar... 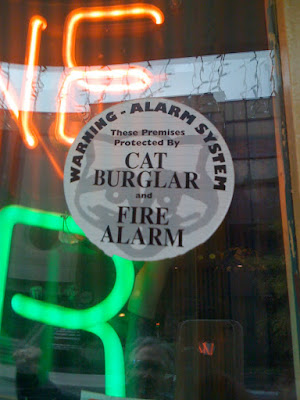 Alan and I were unable to determine which of the following might be true... Either way... Cats, burglars, and fires beware. 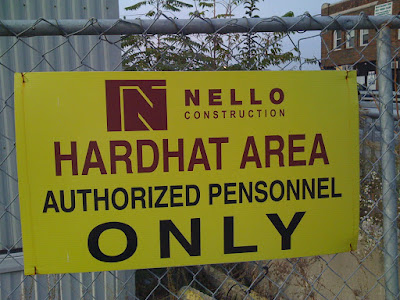 This one has no relevance... I just thought it was a cute name for a restaurant. 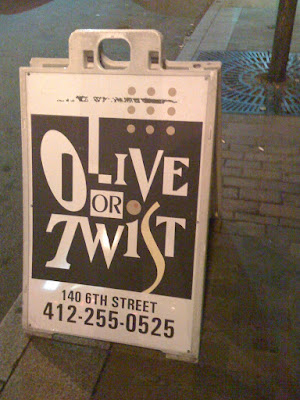 That's it for me. I'm very tired. Looking forward to seeing what tomorrow brings.
Posted by Roogles at 11:52 PM 1 comment: